A Bridge to the Future : Savannah River Front 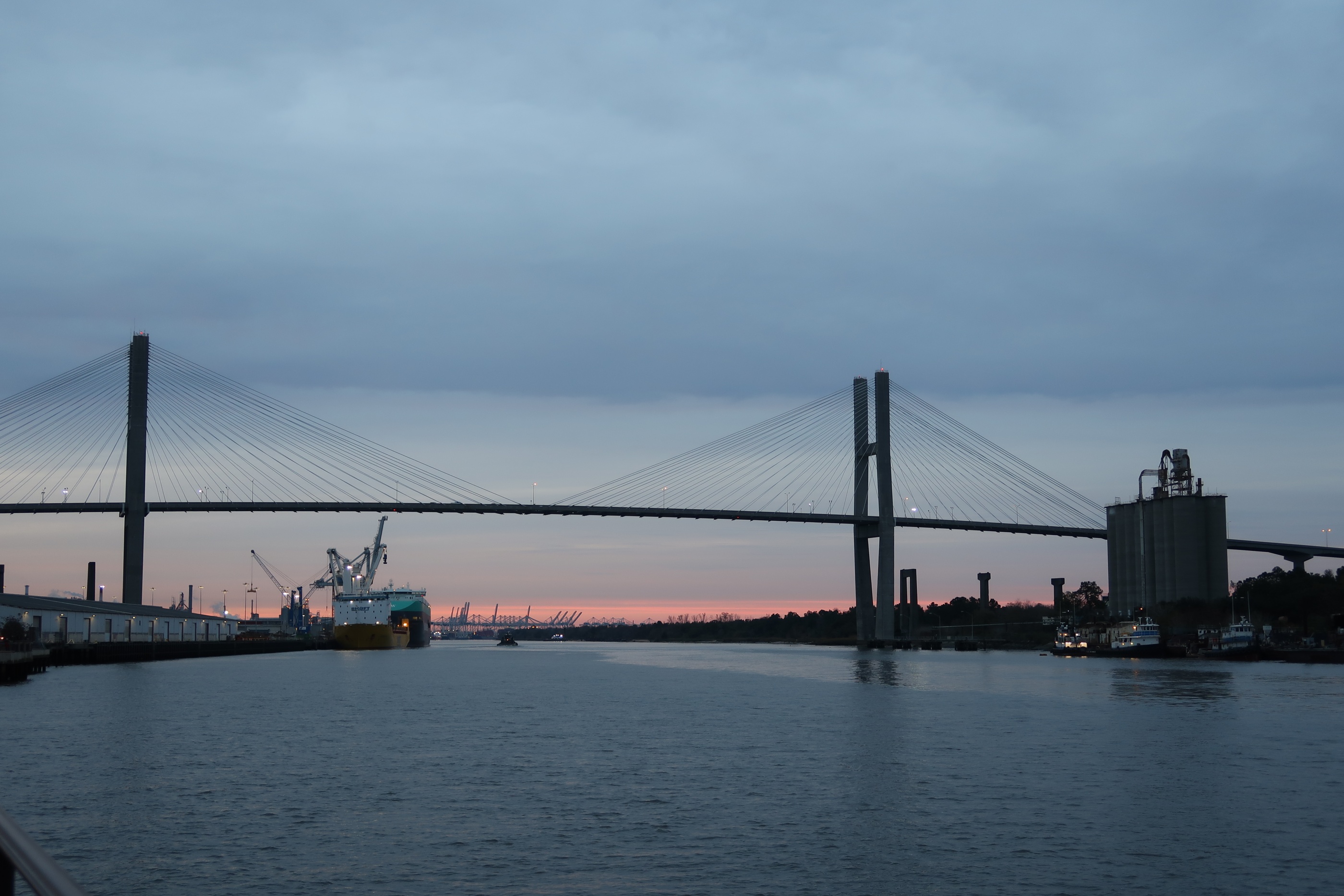 If you are wandering around the Plant Riverside Square in Savannah, you’ll definitely notice the picturesque bridge spanning the Savannah River. It’s a beautiful addition to the city’s skyline, but did you know this is not the original bridge?

The first Talmadge Bridge was completed in 1954, and was a point of pride for Savannah, since the city had paid for the bridge using bridge bond funds and not a cent of federal money! As ships became bigger it became dangerous to use, so a replacement was completed in 1991. There have been proposals to rename the bridge, with suggestions including Savannah Bridge. The Girl Scouts have proposed that the bridge be named after Juliette Gordon Low, a Savannah native who founded the Girl Scouts!