Haint Whatya Wear It's The Way Your House Wears It 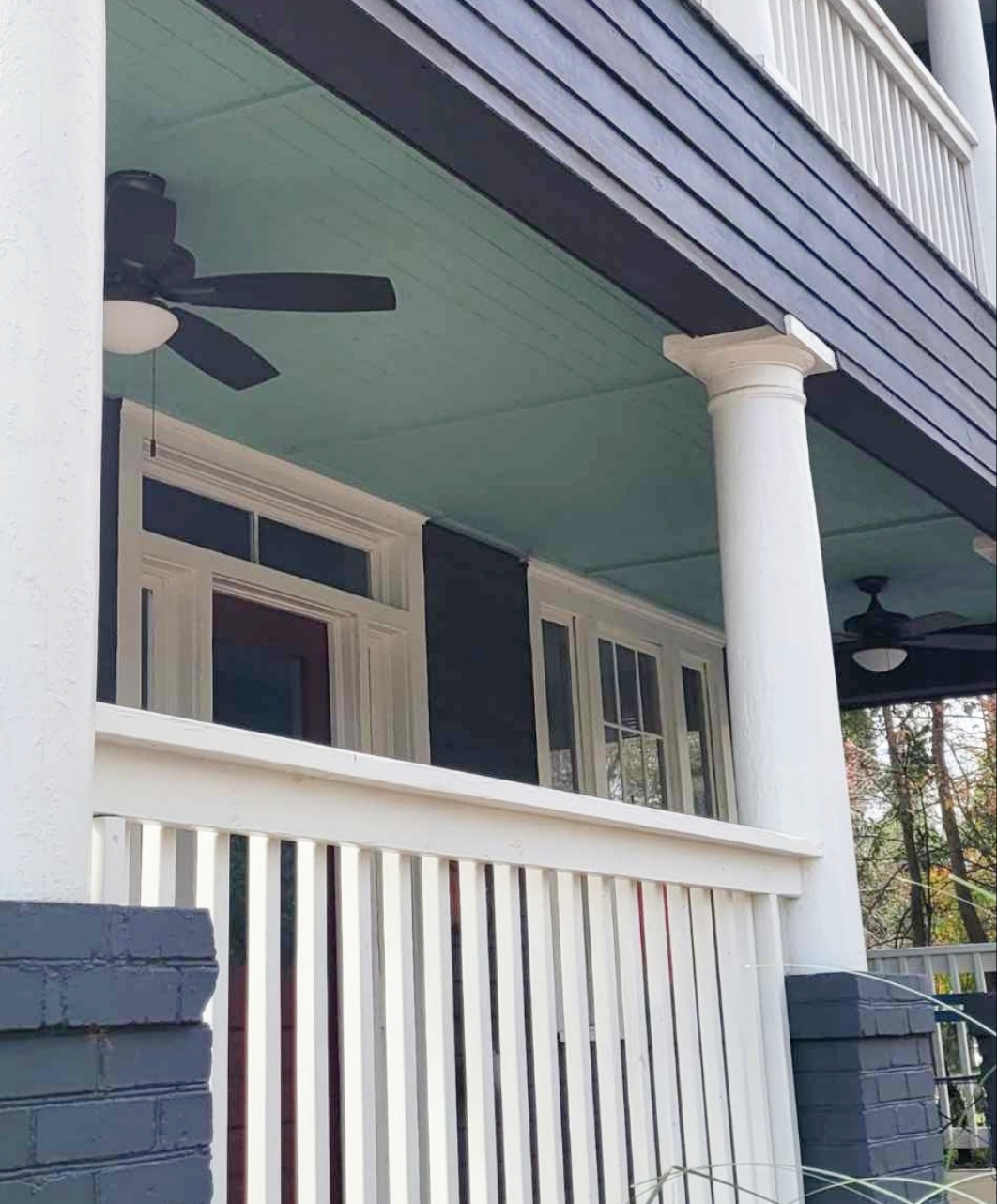 When strolling around Savannah’s Historic District and other surrounding areas, there is so much to look at and admire that one thing may escape your attention—the use of a soft, blue paint on porch ceilings. While the pretty blue may seem like a whimsical touch, its name and roots go much farther back in the history of the region.

Haint Blue, as it is called, began in the Lowcountry of South Carolina and Georgia. The indigo dye produced on Lowcountry indigo plantations was originally used by enslaved Africans (and their descendants, known as the Gullah Geechee) to combat “haints” and “boo hags.” These fearsome sounding creatures were evil spirits who would roam the night looking to paralyze, injure, or kill their victims. The color was said to trick haints into believing it is water, which they cannot cross, or the sky, which will lead them further away from their victims.

Originally beginning as a painted threshold in slave quarters, the practice became common and more of the buildings were adorned with it as protection. Eventually the well-to-do in South Carolina and Georgia adopted the practice and Haint Blue worked its way into popularity and the porches, shutters, and even children’s rooms of colonists. Blue glass bottles were also hung in trees in order to trap the malevolent spirits. Indigo dye production abruptly came to an end just after the Revolutionary War, as the people in South Carolina were producing indigo exclusively for the British market, and once the United States was no longer a colony the market disappeared. But the tradition was firmly a part of the culture, and continues to this day.

Today the pretty pale blue is still a popular choice, Sherwin-Williams even carries a line of “Haint Blue” paints. Next time you are out and about, start to look for it and you’ll be amazed how common it really is!