Pi Goes On Forever, If Only Pi Day Did Too 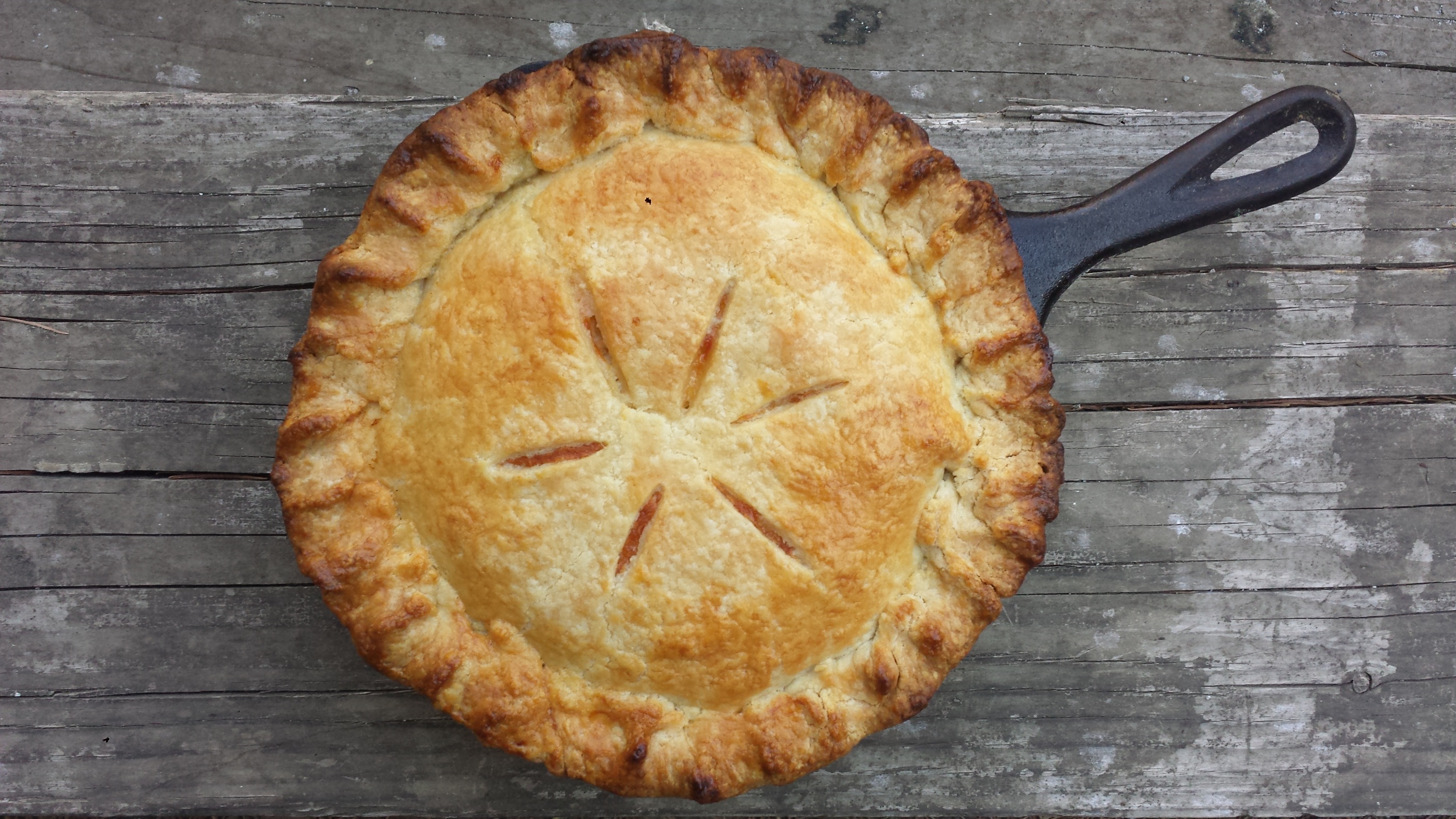 I don’t care if Monday’s blue, Tuesday’s grey and Wednesday too; Thursday I don’t care about you…IT’S PI DAY, I’M IN LOVE!

It sounds too good to be true, but it's real. 3/14 is Pi Day, which is the perfect excuse to eat all the pie you can! Pizza? Absolutely. Quiche? Go for it! Apples, peaches, pumpkin pie...there are no holds barred on Pi Day.

In honor of such a magnificent holiday, let’s talk about one of my favorite pies. I have found that by and large if you say “buttermilk pie” to anyone outside of the South they give you a look somewhere between ‘yuck’ and ‘are you insane’. One bite of this sweet treat, though, and they’ll understand immediately why it’s so good! (Carrie Underwood served 300 buttermilk pies at her wedding, it’s gotta be good right?)

Buttermilk pie is one of several pies in American cuisine that fall under the heading of Desperation Pies. I know, desperation pie sounds almost worse than buttermilk pie. But these desperation pies, also known as “make do” pies, became popular because they use staple ingredients like butter, sugar, eggs, and flour, and don’t include ingredients that can be seasonal or too expensive. This was a handy way to create a dessert during the Great Depression, or the world wars, or even before canned pie filling or refrigeration were a thing in everyday life. Let’s hear it for creative, thrifty American cooks finding new ways to feed their families! For example, green tomato pie was made similarly to an apple pie in the 19th century because green tomatoes are more consistent in tartness and texture than apples, and also are available throughout the summer. And then there is a savory tomato pie that is served cold and in summer months when the tomatoes are ripe.

Back to buttermilk pie, though; sometimes confused with custard pie or chess pie (which deserves its own separate post), it’s a cousin of both but not much like either. You get the tanginess of buttermilk, as well as a splash of lemon juice and some flavor from vanilla. It’s baked in a traditional pie crust and is a creamy, tangy, sweet, and wonderful dessert all on its own. It’s best served cold, but buttermilk pie will make your kitchen smell amazing all day when baking and cooling!

Whatever your favorite is, I encourage you to get out there and eat all the pie you can. If you aren't up for making your own, luckily Pooler features the great Pie Society where you can get your Anglophile on with a selection of authentic delicious British savory and sweet treats. Pi Day only comes once a year, you have to make the most of it!