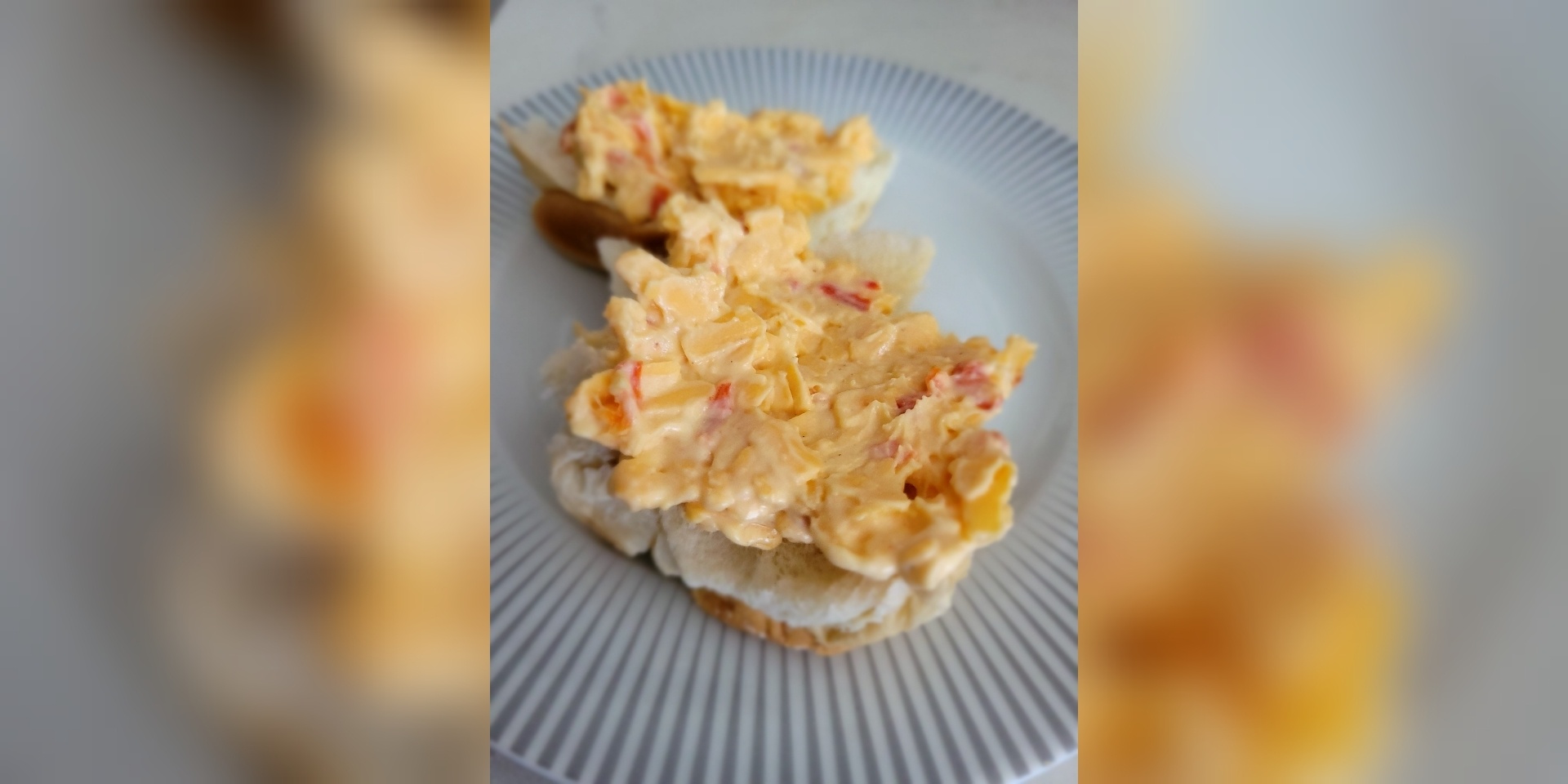 IF YOU HAVE EVER BEEN TO a Southern potluck, church supper, or even restaurants, you've already been introduced to this creamy, dreamy, and altogether addictive spread. If you haven't...we need to change that, immediately!

Pimento cheese primarily consists of grated cheddar cheese, mayonnaise, and diced pimentos (red peppers). From there cooks go on to add any number of seasonings and special ingredients, and opinions can get very heated as to what makes "the best" pimento cheese. Some go the extra mile and roast their own red peppers, while others use jarred. Some add cayenne, and others swear by onion salt. Pimento cheese shows up everywhere--stuffed into celery sticks, slathered onto bread, dipped up with crackers, baked into mac and cheese, even crowning a perfectly grilled hamburger. It makes an AMAZING grilled cheese sandwich, and is even served at fine dining establishments in the South.

What's especially interesting about this Southern staple is that it got its start nowhere near here!

In the 1870s in New York state farmers began making a soft, unripened cheese based on the French neufchâtel. Around the same time, Spain began importing its canned sweet red peppers to the United States. Within a decade the peppers were being imported and canned by food manufacturers here. With the turn of the century the American-made neufchâtel was being combined with cream and sold in small blocks; and cream cheese and pimentos were a natural combination! With the increased popularity of pimentos, around 1911 farmers outside of Griffin, Georgia began cultivating a domestic sweet pepper, and invented a machine for roasting and peeling them. From the 1920s through the 1940s, Georgia pimento peppers were canned and shipped nationwide.

Although nobody can say for sure, some argue that this is why pimento cheese remained popular in the South while its attractions waned in other states. There weren't formalized recipes for it; it was just always there, either bought in tubs or made at home according to the cook's personal tastes. That has changed in the past decade, and recipes now abound. Everyone will swear that theirs is the best, the one, the true recipe for pimento cheese--but in this day and age, anything goes! If you haven't made it from scratch, you should try it at least once. How else are you going to pass down your own personal version? For those interested, here is a great starter recipe. Chef Jed Banta, who specializes in Southern cuisine, omits the cayenne but adds garlic powder, onion powder, white pepper, and a dash of Worcestershire to his. (And he swears his is the best.)