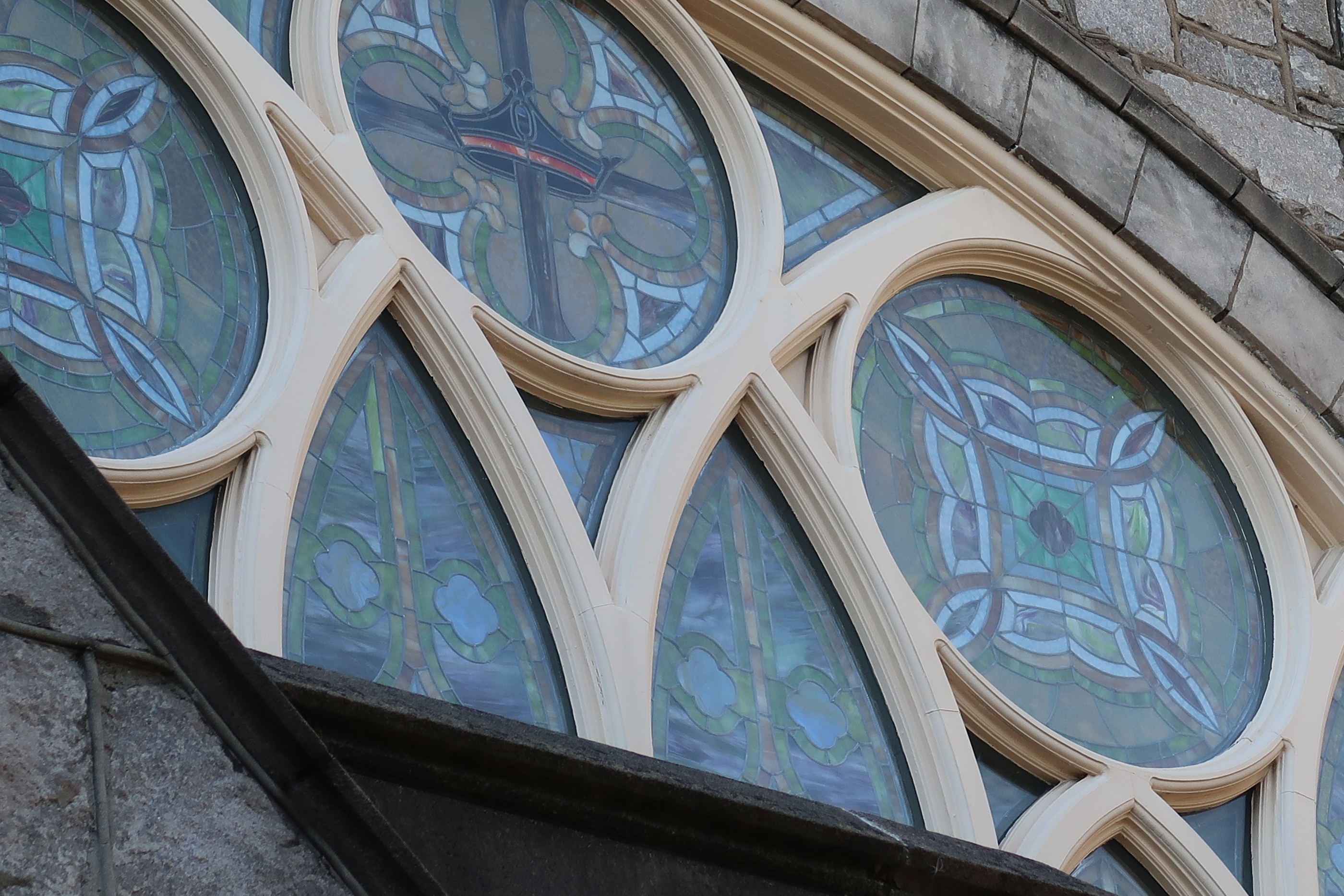 STAINED GLASS IS SUCH A BEAUTIFUL ART, and fans of this gorgeous part of history will never be disappointed in the variety Savannah has to offer. From the stunning windows of the New Covenant United Methodist Church in Savannah to the Chapel of the Fallen Eagles at the National Museum of the Mighty Eighth Air Force in Pooler, there are countless examples of this amazing art form. And if churches aren’t your thing, many of the Victorian homes we have still sport lovely artistic bits—a fleur-de-lis here, a patterned pane there.

Stained glass has been around a long, long time. Nobody is really sure about the origins of stained glass, but Egyptians were probably the first to discover glass. Stained glass was first used by wealthy Romans in their homes during the 1st century C.E., and in palaces and mosques in the Middle East. Stained glass windows as we think of them today, though, didn’t arrive until the 10th century when people got very into building Gothic cathedrals. At that time stained glass was largely used in a religious format, both to tell Bible stories to those who couldn’t read, as well as to beautify the churches.

By the Renaissance, stained glass had moved past religion and was again being used to decorate town halls and homes of the wealthy—although the smaller panels in homes were usually painted rather than the glass itself being colored. And then religion went the other way, and where the church had been a huge patron of the arts, the new aesthetic was more austere. Many of the windows were smashed by vandals, and only because it was too expensive to replace them did any survive. Stained glass window making became largely a lost art.

Fortunately, in the mid 19th century those wacky Victorians were head-over-heels in the midst of a Gothic revival in architecture, and that meant stained glass. You may have heard of Louis Comfort Tiffany, Marc Chagall, and Frank Lloyd Wright—all of them used stained glass in a “modern” setting, which meant beauty and function. With stained glass you can provide privacy and obscure a view without blocking natural light.

The Depression in the ‘30s and then World War II in the ‘40s cut short the American stained glass revival, but Tiffany’s wisteria and landscapes as well as Frank Lloyd Wright’s chevrons have been constantly imitated and continue to be extremely popular today.